Why Startups Are Important in Corporate Innovation

Innovation is often hailed as the driver of growth for leading corporations. But what drives innovation in the corporate sector? Startups! They play an important role in corporate innovation—and here's why.
Drag to resize
Enrol to view the article
Register for free to access the content.
Write your awesome label here.
These days, fortune favours the bold. Corporations are discovering the importance of startups in corporate innovation. Companies with a startup embedded within can learn from the skills and risk-taking of these entrepreneurs to obtain new products or services.
On the other hand, large corporates can offer startups stability and provide an environment that may allow them to achieve success on a larger scale than they would have achieved independently.
Jeslin Bay, CEO of BlackStorm Consulting
Write your awesome label here. 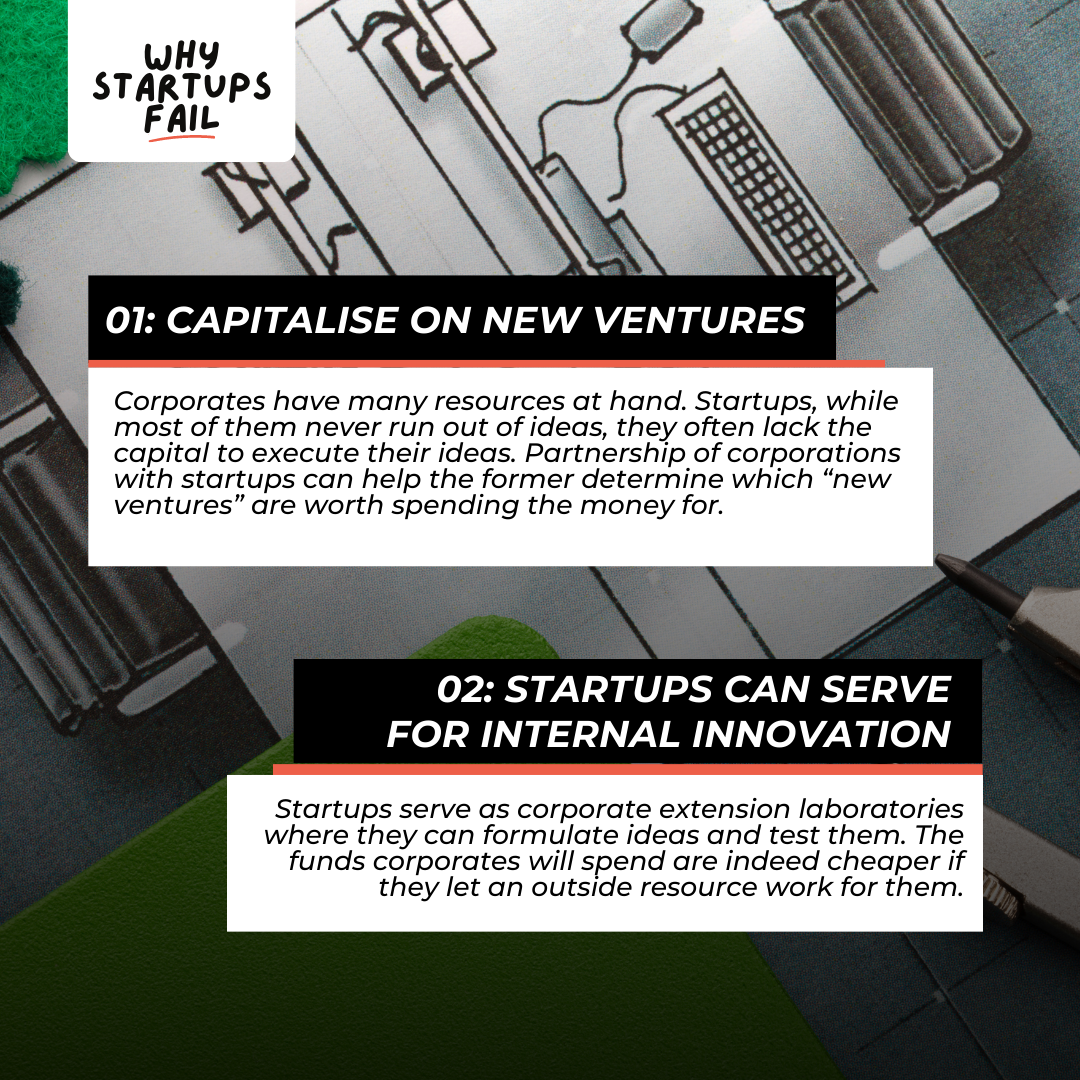 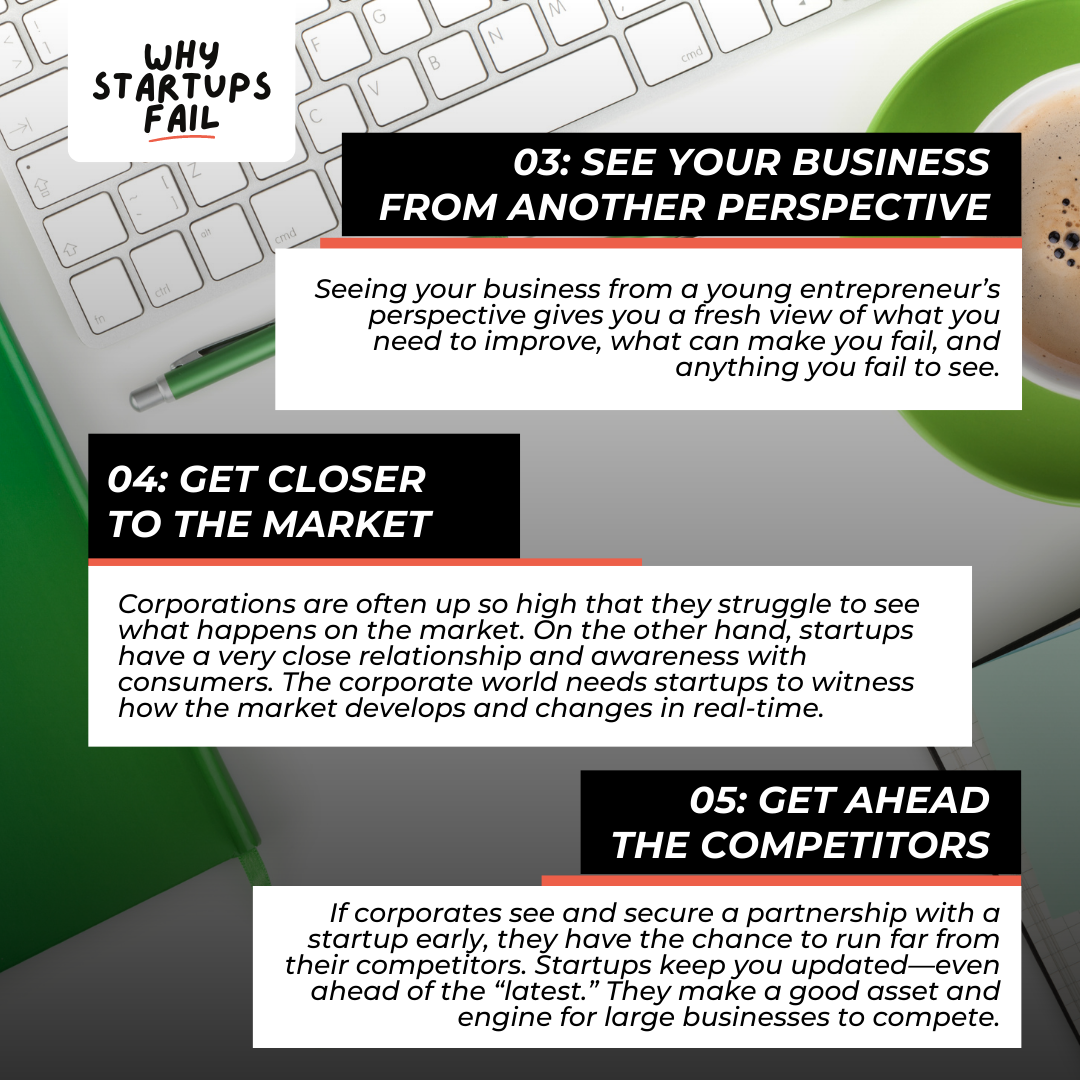 Your one-stop-shop for exclusive startup case studies and contents!

You may get stuck at times and need guidance on continuing or simply don't know where to begin. We are here to walk you through the process and give you some success tips on how to grow your startup.
Enrol to view the article
Register for free to access the content.

A business can fail easily with a lack of new ideas. 96% of companies fail within a decade– take Motorola, Kodak, Blackberry, Nokia, Yahoo, and more. The reason?
For this reason, many large corporations look up to startup businesses every day to make sure that they stay in touch with the “latest” in the corporate landscape, thus securing their organisation’s future. Here are the reasons why startups are essential in corporate innovation:

It is not unknown that corporates have an ample number of resources at hand. However, more often than not, most of these MNCs have a tough time identifying the best things to spend these resources on. And without the right choice, the failure to get ahead– or at least keep up– of the trend can quickly bring a business to the bottom.

On the other hand, while most startups never run out of ideas, they often lack the capital to execute their ideas. Therefore, the collaboration of corporations with startups can help the former determine which “new ventures” are worth spending the money for.

Take the development of the Android platform as an example. Andy Rubin initially created Android as a camera operating system. After that, it was integrated into a mobile operating system. It was acquired by Google, serving as an example of how a large entity can buy a startup and turn it into a huge platform.

📌#02: Startups can serve for internal innovation

You may think that corporations can easily hire staff to think of and execute those new ideas. While they have all the necessary resources, they also need to manage their finances well. The bigger the business, the more things they must spend, too. And to keep their assets high and remains at the top, they often cannot afford to dedicate a whole budget and time to “innovate.”

With that, startups serve as their extension laboratories from where they can formulate ideas and test them. The funds they are going to spend are indeed cheaper if they let an outside resource work for them. Apple, a US-based brand, gets its parts from Samsung, a competitor from South Korea. While Samsung is far from being a startup, the point is that there are times when you need to think of outsourcing and capitalising on other businesses to sustain your own.

📌#03: See your business from another perspective

Hackathon is a conference among businesses to look for potential collaborators, exchange ideas, and see each other’s businesses from the outside.

The Impact Hackathon in Manila is held annually to let corporations empower not just small entrepreneurs but also themselves. Garuda Hacks is also a sought-after corporate event in Indonesia. The said event is attended by many big-time businesses, such as Google, IceHouse, Ajaib, and many more.

Overall, seeing your business from a young entrepreneur’s perspective gives you a fresh view of what you need to improve, what can make you fail, and anything you fail to see in front of your office’s desk and computer.

Corporations are often up so high that they struggle to see what happens on the market. On the other hand, startups have a very close relationship and awareness with consumers. Therefore, the corporate world needs startups to witness how the market develops and changes in real-time. After that, they can then modify their strategies to minimise costs and maximise income.

Shopee, a subsidiary of a listed company, Sea, uses a startup strategy of localising its marketing campaign to build close relationships with customers. It is the top online shopping marketplace in Singapore, Indonesia, Philippines, Vietnam, Malaysia, Thailand, and Taiwan and partners with many local brands and TV shows to promote each other.

📌#05: Get ahead of the competitors

Startups are getting increasingly significant now, and corporations realise how crucial partnerships are to business survival. And of course, as an entrepreneur, you would want to gate-keep your strongest competitor from the modern technologies or solutions you have discovered. Therefore, startups can be a competing element among competitors.

If an entrepreneur sees and secures a partnership with a startup early, you have the chance to run far from your competitors. Startups keep you updated– even ahead of the “latest.” They make a good asset and engine for large businesses to compete.

Multinationals are attractive sources of funding, early consumers, and market access from the entrepreneur's standpoint. In return, corporations can get access to cutting-edge products and services.

How to get the most value out of a corporation-startup partnership?

Give us some feedback

Get your 14-day trial today!

No debit/credit card is required.
After the free trial, you may:

Get weekly updates on live streams, news and more right in your mailbox.
Thank you!

Get weekly updates on live streams, news and more right in your mailbox.
Thank you! 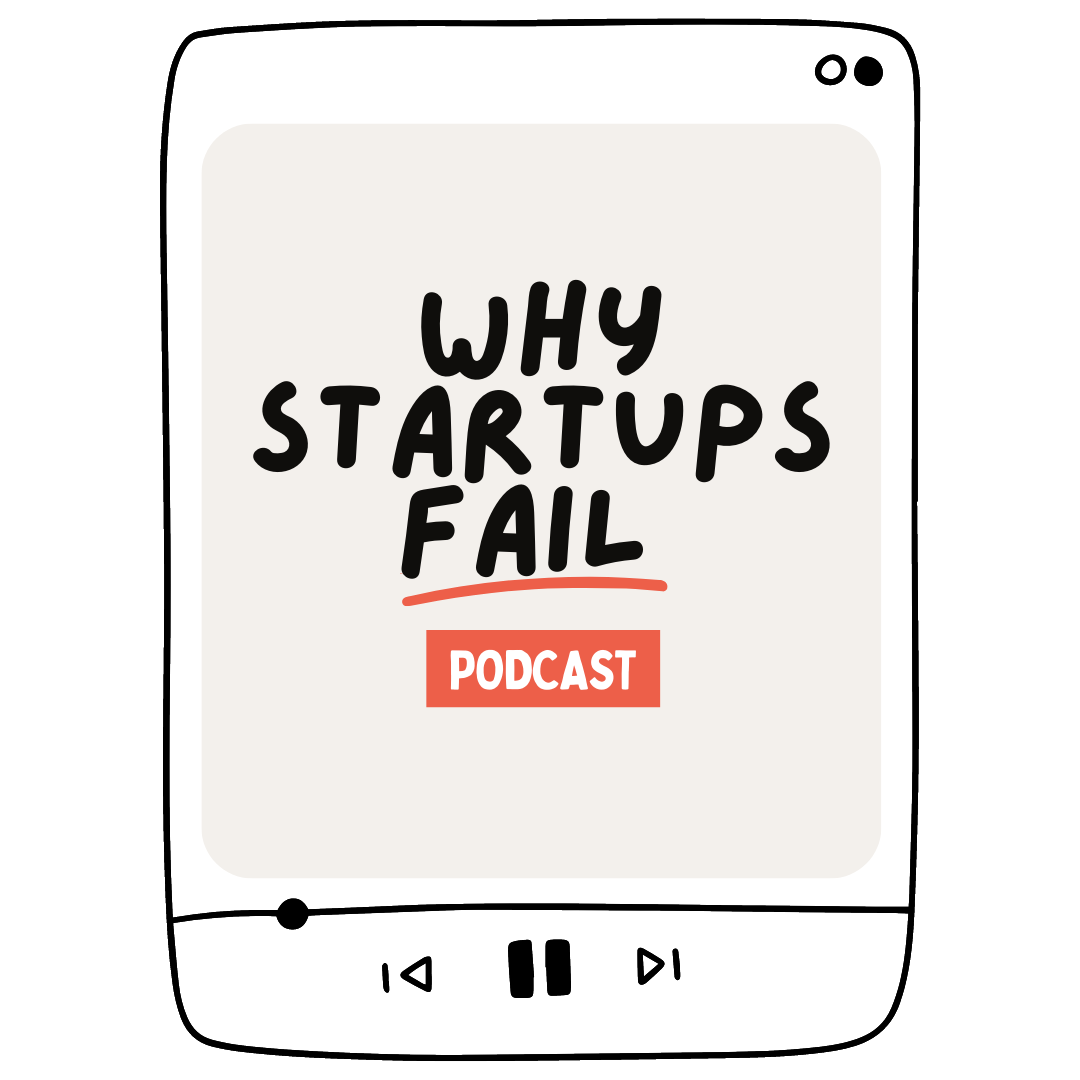 A collection of the most insightful startup failure stories we've found. It's the perfect way to start your morning or end your day with exciting conversations, learnings, and actionable ideas.